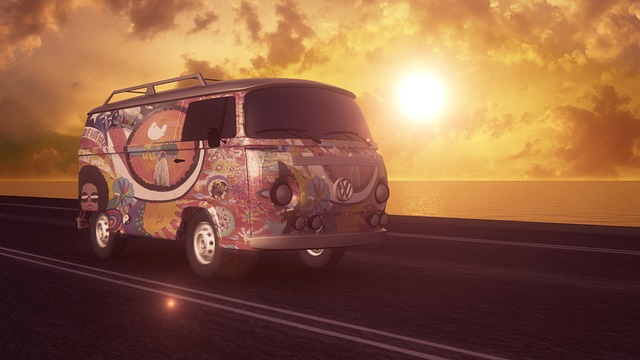 So, first of all, what is a hippy?  Most people have a shallow understanding of the hippie.  All can agree that they are certainly a strange creature; an oddity perhaps.  I will be focusing on their philosophy and values, as I believe this is most important aspect of them; it is the root of their identities.  The hippy “is a member of the counterculture of the 1960s, originally a youth movement that began in the United States during the mid-1960s and spread to other countries around the world.” (“Hippy,” n.d.)

Counterculture is wholly anti-establishment.  There was a strong rejection of society, cultural norms, organized religion, and middle-class values.  The hippies sought to create their own culture in droves; it was nothing short of a cultural revolution.  It was all-inclusive for the most part; reject culture and create your own.  They had a vision of “turning on the world”; “turn on, tune in, and drop out.”   They created their own communities, and many of them went so far as to create and live on communes; their aim was to be self-sufficient; not relying on authority.  There was a radical individualism; they tapped into the immense idea, often from consciousness-altering drugs, that they could be anything they wanted; they could be as “far out” as they choose.  They were a living example, of an immense, partially spiritual idea, that the individual always trumps the collective.  They were exercising their god-given capacity to create; new values, new identity, new way of life.  The youth were all riding that wave, with the momentum of revolution; they all thought that they were changing the world, permanently, and this was partly true.  They were a massive club of other people who “get it”, those in on the “secret”, of the absolute power of the individual to control every aspect of their own lives and of society.  They engaged in sexual promiscuity and liberation of the woman.  Free love. Sex, drugs, and rock and roll.  Psychedelic Rock bands touring the country.  Woodstock.  Grateful Dead.  The Beatles.  Timothy Leary.

One of their most important aspects is their interest in Eastern religion and spiritual philosophy.  Buddhism, Hinduism, Sufism “often resonated with hippies, as they were seen as less rule-bound, and less likely to be associated with existing baggage.  Some hippies embraced neo-paganism, especially Wicca.  Others were involved with the occult… By the 1960s, western interest in Hindu spirituality and yoga reached its peak, giving rise to a great number of Neo-Hindu schools specifically advocated to a western public.” (“Hippy”, n.d.)  The eternal values of Eastern Philosophy perfectly aligned with what the hippies were doing, and prove that they were a movement with actual substance.  A complete mastery over their life, over their mind; the will of the creator for human beings to be full and complete individuals in all of their capacity.  Connection to spirit.  People living in their souls.  Metaphorically dancing through their lives.  Feeling the ecstatic moment of the present. Experimentation of all things Being.  A collective celebration of life.  The fact that God is not a series of dictations, but a being that wants you to find the way for yourself; to go down the spiritual path; to experiment with your life, in order to find the “right” way of living.  The fact that each individual must carve their own path.  They were all in that hippy-haze, in that trance, with mind and soul focused on the eternal; a return to God through unconventional means.  Most of them on that path of self-discovery and self-realization.  To know yourself, and by consequence being able to be anything you want to be; anything you choose; not tied down to a role, as the self-realized individual is always fluid.  The fact that the New Age movement is so popular today shows that we are still trying to find our own way.  The hippies have become a model for all those who seek to find new ways of living, new ways of being.  They certainly had an impact on society, and although not the complete revolution they were looking for, they have still made their place in history.

“We had all the momentum; we were riding the crest of a high and beautiful wave… So now, less than five years later, you can go up on a steep hill in Las Vegas and look West, and with the right kind of eyes you can almost see the high water mark — that place where the wave finally broke, and rolled back.” (Hunter S. Thompson)